Go to top
Bullies With a Cause

This piece was originally published on Pamela Paresky’s blog at Psychology Today, Happiness and the Pursuit of Leadership.

Freedom of expression is a fundamental right, and forms the foundation of both a liberal-arts education and democracy itself. Nonetheless, colleges are now acquiescing to calls for restrictions on speech that upsets or offends, and in a worthy effort to protect civil rights, universities are paradoxically creating a less civil atmosphere on campus. Students now seem to feel free to respond with vitriol to those with whom they disagree.

Brown University students have had to create a secret forum on free speech in order to participate in a free exchange of ideas. Yale students now protest against free speech, and find it offensive for professor and child development expert, Erika Christakis to suggest “free speech and the ability to tolerate offence,” as she wrote in her famously controversial email, “are the hallmarks of a free and open society.”

As uncomfortable as it is to contend with offensive views and the people who hold them, without regular interaction with people with whom we fundamentally disagree, we all become less tolerant. A video of the shocking display of intolerance and incivility toward Yale professor Nicholas Christakis, eerily reminiscent of a struggle session in Mao’s China, shows students, against a background of finger-snapping, demanding the professor admit and apologize for his supposed misdeeds. Students explode at the professor to “be quiet!” and “shut the f*** up!” adding dramatically, “you should not sleep at night! You are disgusting!” and commanding others to, “walk away, he doesn’t deserve to be listened to.” This, because Nicholas and his wife, Erika, suggested that perhaps college students—technically adults—could determine what to wear on Halloween without school supervision, and further, could be empowered to choose how to react when offended. 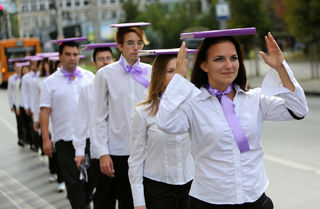 How has it come to this? Frank Bruni, New York Times Op-Ed columnists, recently opined that colleges “promise academic and social experiences customized to [students’] already-established preferences, tailor-fitted to their predetermined interests, contoured to the particular and peculiar niches they want to inhabit.” The state of affairs on college campuses, he contends, is “a betrayal of education’s mission to challenge ingrained assumptions, disrupt entrenched thinking, broaden the frame of reference.”  If you want a college education without being provoked to examine your biases or preconceived notions, it appears you’re in luck.

As a result of the Yale “cry-bullying,” these professors, both known for advocating for students, disenfranchised populations, and social justice, who dared imagine their students, in an era of gun violence and terrorism, could practice being civil and respectful without administrative intervention in the face of—well, Halloween—are no longer teaching at Yale. The Christakises are just the latest casualties of the swift and vindictive retribution “snowflake fascists” exact on those who are disloyal to the Kindergarchy.

Psychologist Jon Haidt contends, “the Yale problem begins in High School.” Instead of learning to grapple with viewpoints that diverge from their own, students in High School learn “twin habits of defensive self-censorship and vindictive protectiveness.” In other words, High School kids pretty quickly grasp which views are permitted and which are not, and learn to conform. When they disagree with accepted opinions, they know to keep quiet because teens who hold accepted views will thoroughly lambast anyone who dares speak up.

But perhaps the “Yale Problem” begins even earlier.

Haidt’s “twin habits” look an awful lot like the social ethos of Middle School. “Good” children learn they can get away with mean-spirited behavior like name-calling and social exclusion as long as there is unspoken peer agreement regarding which children are acceptable targets—typically the unconventional, nonconformist, “different” kids. As one middle school teacher told me, “These kids are obvious targets. And bullying is so covert now. When we were younger we knew exactly who we were dealing with. With technology, today kids can do all kinds of things that are so backhanded and incredibly mean while pretending to be different people online…”

Alarmingly, evidence suggests that some anti-bullying programs may actually make bullying easier; when kids learn which behaviors educators want to stop, they change their methods to avoid detection. And kids become expert at avoiding detection. One of the primary reasons targeted children don’t report harassment is they know teachers won’t do anything. Although teachers really do want to eradicate bullying, often if they don’t see it, as far they’re concerned, it isn’t happening. 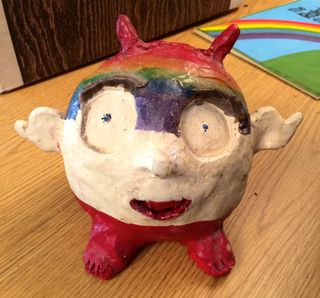 To make matters worse, among “the most consistent findings in educational studies of creativity,” according to psychologists Erik L. Westby and V.L. Dawson, is that “teachers dislike personality traits associated with creativity.” Although teachers report they value creativity, these nonconformist children who act and think differently and don’t quite fit in—the children most in need of teachers’ support and protection—are, research reveals, teachers’ least favorite students.

Perhaps because these divergent thinkers are less adept at playing what one teacher calls, “the game of school,” research indicates that children who are nonconformists are more likely to get in trouble than their more popular peers who are better liked by teachers. According to Wharton professor Adam Grant, teachers “tend to discriminate against highly creative students, labeling them as troublemakers.”

In fact, even with conduct codes and mission statements designed to engender kindness, at some schools parents are more likely to receive concerned phone calls and emails when children exhibit eccentric behavior than when children spread rumors, taunt targeted children, or call them names. And when nonconformist children are provoked, they may be more likely to get in trouble than their better-liked peers.

Studies suggest that unless creative children learn to appease teachers by “suppress[ing] the very characteristics that make them creative… potentially creative children may be at risk for being rejected by teachers.” The consequences of a teacher’s rejection can include “a decrement in creative performance and an alienation from the school…” Creative children seem to have three options: conform and succeed at school, be ostracized, or get out.

One unintended consequence of the middle school ethos is that children learn it is more important to conform and succeed than to be kind. Perhaps middle school is where children learn to become what former Yale professor William Deresiewicz calls “excellent sheep.” It should be no surprise then, that by the end of middle school about 80% of students believe their teachers are more concerned with academic success than kids being caring toward others, according to a Harvard study. This is largely due to the rhetoric/reality gap, the gap between the values parents and teachers espouse, and what they actually do when children are unkind. Predictably, the vast majority of children learn to value their own success over being kind, because success, not kindness, is what is rewarded.

Add to this another conundrum: children who are more honest about their behavior and take responsibility for their role in conflicts may be more likely to get in trouble than children who are practiced in the art of being mean and getting away with it. As developmental psychologists Victoria Talway and Angela Crossman report, “lying often succeeds.” If taking responsibility for one’s actions is not honored and encouraged in middle school, perhaps this creates the genesis of the victimhood ideology we see on college campuses, where one’s status can be a function of how victimized one is. 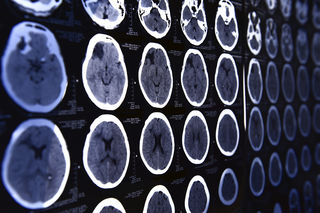 Human beings are social animals. We are hardwired to form groups, and are programmed to view our own group—the “in-group”—more favorably than the “out-group.” Neuroscientist David Eagleman, in a fascinating and troubling study discovered that below the level of our awareness, our brains react with more empathy toward those in our in-group than those in the out-group. More startling, our brains identify with an in-group in mere seconds, even if membership in the group is a result of nothing more than a coin-toss. Even when members of a fictional minutes-old, coin-toss generated in-group, our brains make us more distressed when those in our arbitrary, pretend in-group are threatened, and less concerned and compassionate about those in the fictional out-group.

In the Machiavellian environment of middle school, children who are only unkind to acceptable targets—those in the out-group: the nonconformists and “different” kids—don’t see themselves as bullies, are not seen as bullies by their peers or teachers, and may even be well liked. Their parents might even unknowingly encourage their unkind attitudes toward nonconformist kids by making negative comments at home and to other parents about the eccentric children’s odd behaviors. Worse, as middle-schoolers integrate their parents’ attitudes toward “different” kids, and watch teachers discriminate against nonconformists, they learn there is at least one group against whom discrimination is acceptable: people who think and act in ways that don’t conform. By the time they reach High School, many children have not learned how to act with civility or respect toward kids they dislike, don’t identify with, or just don’t understand.

Further, if by High School, students have accepted certain “correct” socio-political views, the kids who conform to those views become their in-group; another part of their identity. A threat to the validity of those views through hearing diverse viewpoints may be neurologically no different than a threat to the in-group or even the self. The circle of acceptable targets of unkind behavior widens from oddball, nonconformist children to include those who don’t conform to one’s social and political viewpoints. By college, having joined the ranks of the snowflake fascists, students advocate eradicating whatever threatens their group and identity. In college, taking a leadership role in the in-group can mean taking the lead in eliminating the out-group. This is not solely a problem for students. As one professor told me, “I used to push back against the kind of groupthink here, but I learned the hard way that speaking my mind would not only shoot down my chances for promotion, I’d be ostracized. I had to ask myself whether it was worth it.” 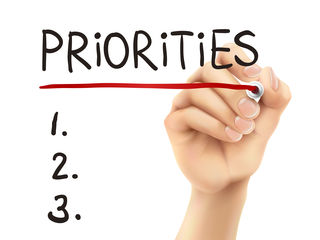 As the Harvard study concludes, there are serious longterm ramifications to emphasizing success over kindness and altruism because when children don’t prioritize kindness and caring, they are likely to become uncivil and cruel. Civil society “…depends on adults who are committed to their communities and who, at pivotal times, will put the common good before their own. We don’t seem to be preparing large numbers of youth to create this society.” Vindictive students behaving with utter incivility at Yale, one of our nation’s most prestigious universities, in reaction to professors advocating free speech and the capacity to tolerate offense is a sign of an unhealthy, uncivil society.

Imagine what college might look like if Middle School were primarily about developing the capacity to be thoughtful and civil members of communities in which people listened to others, considered opinions with which they disagreed, and even valued viewpoint diversity. Perhaps rather than becoming insular “safe spaces” where only certain ideas and viewpoints are allowed, colleges would be open safe spaces for intellectual collision and the free expression of diverse points of view.

In contrast to Yale, one college, “a community of teachers and learners who value civility in all their interactions,” promotes the value of civil discourse. Their website advertises their commitment to freedom of expression. “When you encounter people who think differently than you do, you will be expected to honor their free expression, even when what they have to say seems wrong or offensive to you.”

Thankfully there is at least one college left that still values civility and honors freedom of expression.

Keep up with HxA

Love This Essay? Take it!

Keep up with HxA